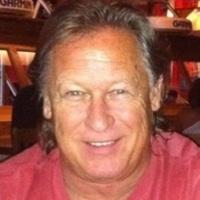 Danny loved music, when he graduated from high school he could play twelve different instruments. He was a member of three rock & roll bands. The Reverbs, The Kavemen and The Concrete Marshmellow. The last one while serving aboard the U.S.S Yorktown. Danny spent four years in the U.S. Navy with one tour in Vietnam in early 1968 during the “TET” Offensive. He finished his Navy tour as an E-5 Bosins Mate 2 while serving aboard Yorktown. A segment of “Get Smart” was filmed in 1967. In late 1968 “Tora Tora Tora” was filmed on Yorktown. After taking the film crew and aircraft to Pearl Harbor, they picked up the ABC television crew. On December 28, 1968 Danny 3rd division with help from 1st & 2nd divisions, picked up the Apollo 8 capsule that had made the 1st historic trip around the moon.