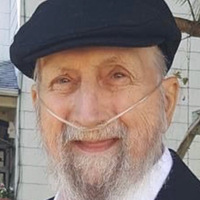 Edward was born in Belleville, IL on November 29, 1940, the son of Milton and Martha (nee Fischer) Ehret. He was united in marriage to Ana Maria Moreno Mellado in Gibraltar on September 27, 1967, and she survives his passing.

Ed enlisted in the United States Navy in March of 1958 at the age of 17, and served more than 20 years, having attained the rank of Chief Petty Officer at the time of his retirement. While in the Navy, he served aboard the carrier USS Yorktown, the USS Holland-Base Rota, Spain where he met his future wife, and the USS Canopus. Following his retirement from the Navy, Ed worked as a nuclear engineer at various locations throughout the country. Later in life, he worked as a truck driver for several local trucking companies.

Mr. Ehret was proud of his 40 years of service as a firefighter with the Oakdale Volunteer Fire Department.   He was a member of American Legion Post 233 in Okawville, IL and had previously served as Oakdale Twp. Road Commissioner for two terms. Ed enjoyed growing vegetables in his garden, tending to his flowers, and cooking. He raised show rabbits and loved working and tinkering on his hobby farm. He was also an avid coin collector. Ed had a real zest for life and loved spending time with family and friends, laughing, joking, and telling stories. He also enjoyed listening to all kinds of music but had a special affinity for oldies. Ed most especially loved spending time with his grandchildren and great grandchildren.

He was preceded in death by his parents; a grandson, Cody Holtgrewe, and his parents-in-law.

Funeral services will be held from the Oakdale Village Hall in Oakdale, IL on Monday, July 18, 2022, at 11 A.M. with Rev. Ronnie Mazander officiating. Interment will be in the Oakdale Cemetery. Military graveside rites will be accorded by American Legion Post 233.

Friends may call at the Oakdale Village Hall on Sunday from 5 P.M. until 8 P.M. and on Monday from 9 A.M. until the time of the service.

In lieu of flowers, memorials may be made to the Oakdale Grade School and will be accepted by the Campagna Funeral Home.