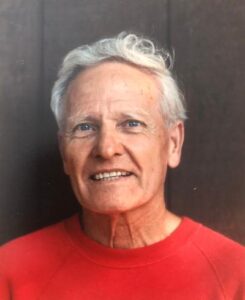 Richard E Wilson, 97, died Wednesday, June 29th, 2022.  He was born in Canton, OH on September 11,1924. After graduating from McKinley High School in 1942, he enlisted in the Navy and went through Boot Camp at Great Lakes, IL.  He was immediately sent to Norfolk, VA to board the newly commissioned USS Yorktown CV-10.  He was assigned to the “B” Division as a fireman.  Richard served on the Yorktown for 32 months during World War II. He was awarded the Asiatic-Pacific Ribbon with 11 stars, American Area Ribbon, Philippine Liberation Ribbon with 1 star, World War II Victory Ribbon, Philippine Presidential Unit Citation, and the United States Presidential Unit Citation.  Richard’s father and 5 brothers all served and all survived World War II. They were known as the “Fighting Wilson’s”.  Richard was discharged in 1946.

There will be no funeral or calling hours.  The family will have a private graveside service in memory of Richard expressing their immense love for him.  We will all miss him very much.  Arrangements entrusted to the Mark R. Vrabel Funeral Home, North Canton, OH 330-452-4041.