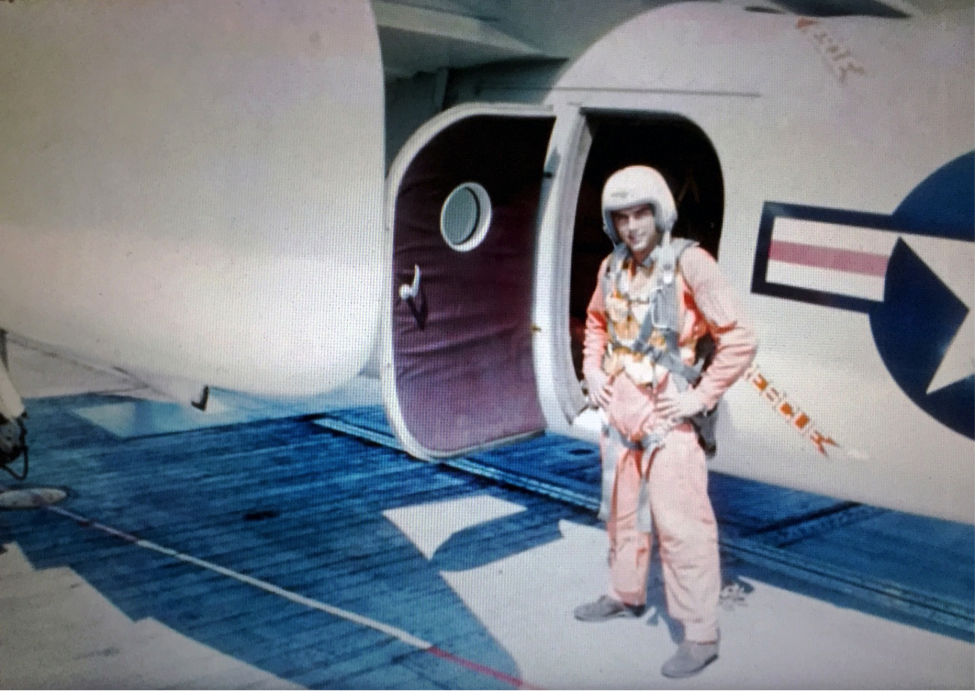 This Story goes back over 50 years to the fall of 1961. I was on my third and final Far East cruise aboard the USS Yorktown. I was assigned to V-6 Division upon arrival at the Yorktown from boot camp in Chicago. You might say I had good timing. V-6 Division took care of all the rolling stock assigned to the ship, from the “Tilley” (crash crane) down to the small APU’s (Aux. power units) and – everything in between. We also took care of the AT and AE shops which include the operation of the aircraft starter jeeps on the flight deck. We also ran the metal shop and EBU (engine buildup). V-6 Division also ran the parachute and survival equipment shops. We supplied the office personnel for the Air Department Office, which included the phone-talkers for primary fly up in the island. The SPN-12 tracking gear to record aircraft landings was also run by V-6 Division personnel. In port we supplied all the duty drivers plus the Captain’s Driver. This also included maintaining approximately 10 cars and trucks.

After only about a month or two of being in the division, I was called up to my Division Officers office. LCDR A.V. Olsen informed me that I was being considered to become the Captain’s driver if I was interested. Being young (17), dumb and full of (you know the saying), I said yes. It took a few interviews up the chain of command.

It was just in time for the upcoming change of command. I did drive for the outgoing Captain Cobb once or twice, but when Capt. Bedell took command, I was kept really busy. I had a watch stander’s liberty card so I had no duty section. I worked solely for the Captain when in port. If he didn’t need me, I was on liberty based on the ship’s liberty hours.

Captain Bedell was like a father to me and I enjoyed the year spent as his driver. I drove the next C.O., Captain Bauer, for a year. When he left the Yorktown, Captain Gipson took command. I drove for him only a short time when things changed again for me.

During my second year on ship, I lucked out and on my first try for 3rd class, I got it – ADR-3. Shortly after this, the ship was assigned its only airplane. (All the other planes were in squadrons, which were shore-based.) A TF-1 Trader or better known as a C.O.D. (carrier onboard delivery), Bu Nu 136767. These aircraft looked like the S2F Tracker model, but had many differences. The fuselage would be more spacious and deeper. Also, the tail surfaces would be enlarged. The plane had a crew of two and could carry nine passengers in rear-facing seats. The seats could be removed to carry up to 3500 pounds of cargo. The TF was much lighter than the S2F, around 17,000 lbs. with a maximum weight of 24,600 lbs.

Originally the Navy wanted the plane to transport nuclear weapons. In order to do this, the plane had a double door on the port side. With both doors open, you had a large opening in the doors of about 67 inches. There were 87 Traders built. However, 4 of these were modified to become the prototype for the WF-2 Tracer. The Trader performed many duties but was most known for getting the mail out to the carriers; from the carrier the mail went by helo to the other ships in the group.

I once watched a helo with a load of mail going to a tin can (destroyer) lose an engine and drop into the ocean with all the mail lost. The crew got out alright.

In the end, the Trader was the Navy’s last pistondriven aircraft. Its final carrier landing was in 1988 on the USS Lexington. Many Traders and Trackers have been resurrected, modified and sold around the world. Some are going back into carrier duty with the Brazilian Navy. They should have their first carrier operational about now. Many became fire fighters, known as Turbo Firecats because of their new turbo prop engines. The main reason they left the carriers was no other planes used AV (aviation) gasoline other than the Traders. Its replacement is the C-2 Greyhound which is carrying on to this day and I would say is the largest plane landing on today’s carriers.

Getting back to 1961, I was now assistant plane Captain under ADR-2 Jim Doyle (now deceased), Jim didn’t like to fly off and on the carrier. Lucky for me, I got all of the missions for almost a year.

Shortly after “the COD in the Fog” mission, (see Sea-V-Ten, Summer edition, 2013) we had something quite different.

Getting ready to pull anchor in Buckner Bay, Okinawa (under US control) I noticed some Army personnel on board, not many, maybe 10 – 20. They were berthed behind our berthing compartment, C-212-EL.

Later that day, word came down to remove both doors on the C.O.D. This was an odd request for this was the first time I had seen the door removed, let alone both doors. About then, Jim (my boss) and a couple of Army Sergeants showed up along with AM1 Lofton, from the airframe, or metal shop.

This was when I found out what was going to happen. Back in Okinawa, the Army was conducting a large war game exercise along with other forces. The plan involving the C.O.D. was quite simple. Launch from the carrier a group of 10 – 12 paratroopers and drop them behind enemy lines for a surprise attack on the so-called “enemy.”

What we now had to do was run a ¼” steel cable down the inside of the plane on the door side so the jumpers could hook up their static jump lines. It was decided to remove all but two seats, one on each side in the front. I would sit in one and the Sergeant-in-charge in the other. The other jumpers sat on the floor facing aft, locking their arms around their buddy’s knees. The cable was attached just above the deck, one end to my seat leg and the other to the rear wall of the plane. It was determined that we could handle 12 jumpers with their gear.

The mission was set for the next day around 1300 hrs. During the night, the C.O.D. was set up with the cable and the 7 seats were removed.

The next day at 1000 hrs. I was in the pilot’s seat of the plane on the flight deck, across from the island just aft of #2 elevator. I was about ready to start the port engine for a two-engine run-up, when I noticed LCDR Smith coming out to the plane. I aborted. He said to me, “Fritz, I’m giving you a direct order, don’t you jump.” I never did figure this one out. I can only guess that someone told him that I planned on jumping with the Army.

After the two-engine run-up, we were re-spotted onto the port cat and the Army got situated on board with all their gear. I warned them to make sure everything was secured to their bodies and to make sure that their helmets were buckled tight. None of them had ever been off a carrier before and they were nervous.

Finally we fired up the engines. It was LCDR Sizemore and LT Ball at the controls. (My favorites). We went to full power and, as usual, the whole plane was shaking. Finally, the cat fired the plane and wham! 4 g’s had arrived. Suddenly, out the door flew the Sergeant’s helmet! He apparently didn’t listen to the briefing I gave. Now he couldn’t jump.

I moved to the open door to assume my position as jump master, with a parachute on and a head set so I was in communication with the pilot. Within 15 minutes we were approaching the drop zone. There was no practice run, for this was “war.” We were at 1200 feet when on command we dropped 11 Army troops behind “enemy lines.”

Now the unexpected work for me began. Nobody anticipated what it was going to take physically to pull in all the entangled streamers from the deployed chutes and what if they tangled on the tail hook or wheel. Fortunately for me, the sergeant whose helmet came off was there to help. I did think of just cutting them free but that might not have solved the problem. Between the two of us, we got them in.

Back on board the Yorktown, the Sergeant and I discussed the operation. We determined that if the jump wire would have been on the overhead, the streamers wouldn’t have gone out so far and the whole mission would have been 4.0.

A few years ago when I talked to now Admiral Sizemore, Ret., he informed me that this operation was used a few times during the Vietnam War successfully.